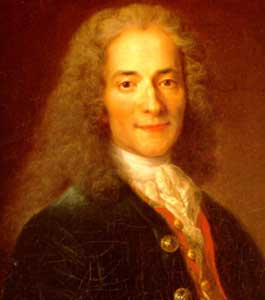 French philosopher and all-around smartypants Voltaire had a great deal to say about a lot of things. Including men and books. One of my favorite all-time t-shirts, given to me by a drunken Swedish publisher at the Gothenburg International Book Fair years ago, sported the following quote from M. Voltaire: “It is with books as it is with men; a few good ones make all the difference.”

This is actually true, of course, of many things, from wine to women, politicians to pontiffs. It’s also true of films, including really short, animated ones… about books.

I want to share two with you here. The first (and shorter of the two) is called The Joy of Books. Sean Ohlenkamp, of Toronto, and his wife spent, and I quote, “many sleepless nights moving, stacking, and animating books” at Toronto’s Type bookstore. It’s fun, and makes you want to run down to hang out in your local independent bookstore (if you’re lucky enough to have one in your ‘hood — they’re disappearing faster than the Ross Ice Shelf).

I’m proud to say I had the good taste to post the second film on my Facebook page several days ago. Because I really, really love it. Then, lo and behold, it won best animated short at last night’s Oscars. I’m referring to the utterly charming The Fantastic Flying Books of Mr. Morris Lessmore, by author William Joyce, an accomplished illustrator and animator who’s published New Yorker covers, won a bunch of Emmys, created character designs for some of Pixar’s first animated classics, and worked on many others for Dreamworks and Disney. Joyce created this gem, as an interactive ebook as well as an animated film with his cohorts at Moonbot Studios. This is perhaps the most eloquent ode to the importance of sharing our ideas, hopes, dreams, fears, and occasional embarrassing anecdotes through the twin miracles of writing and reading I’ve ever come across. And is also, in the process, a sort of animated love song, a bittersweetly nostalgic one at that, to the book. You can either find it at my Facebook site (http://www.facebook.com/randygmorse) or on YouTube (http://www.youtube.com/watch?v=Adzywe9xeIU). I plopped my notoriously hard-to-please five-year-old granddaughter, Naya, on my lap the other day in front of the ol’ MacBook Pro screen and watched it with her. She was absolutely enthralled, and has subsequently shown it to others.

So what does all this have to do with men? Well, men played pivotal roles in making both these charming films. In the process displaying creativity, playfulness, whimsy, and more than a little passion.

See ladies? All is not lost.